Multi-terminal VSC-HVDC system and DC Grid technology provide an effective means for efficient integration of renewable energy, within which DC circuit breaker plays an essential part to ensure reliable operation. However, great challenges were encountered in materializing this device. On the one hand, direct current is more difficult to be interrupted under high voltage and heavy current circumstances since it has no natural zero-crossing point as in alternating current. On the other hand, interruption time is required to be within some milliseconds due to the steep rise rate of dc short circuit current. These have remained a huge barrier for both academic and industrial communities over the past 100 years.

As a pioneer in DC circuit breaker research, SGRI’s work started in early 2012, co-funded by National Energy Administration and SGCC. An advanced concept was proposed by combining mechanical switching based on ultra high-speed disconnect switch and power electronics switching based on high-power IGBT full-bridge cascade assembly, which not only avoids the high losses associated with a solid-sate breaker, but also overcomes the limit of switching speed of a mechanical breaker. As the first of its kind in the world, this 200kV DC circuit breaker can interrupt 15kA fault current within 3 milliseconds, 100 times faster than the blink of a human eye. Moreover, SGRI has established complete IPR protection mechanism both at home and abroad (including 5 international patents and 30+ domestic ones).

Next, SGRI plans to work towards engineering research via project demonstration, and thus lay the foundation for the development of China’s DC transmission grids, facilitate efficient transmission of renewable energy and optimize power systems among different regions. 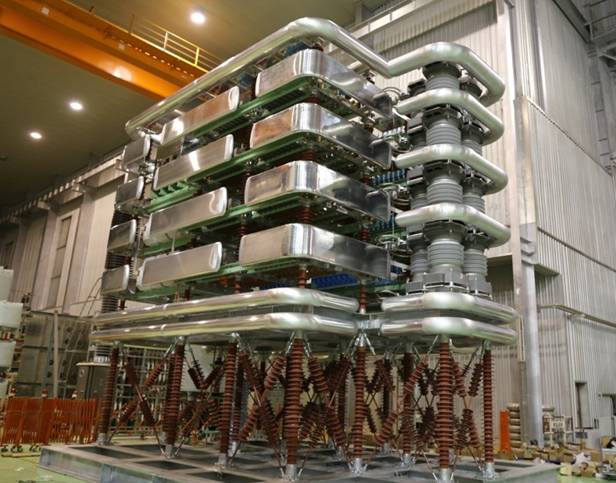 Share This :
The Prev one：Low-voltage terminal of Southern Hami converter station Pole II re-commissioned with...
The Next one：This Is the last
Close
﻿

●About Us
C-EPRI in Brief
Businesses
Management Team
History